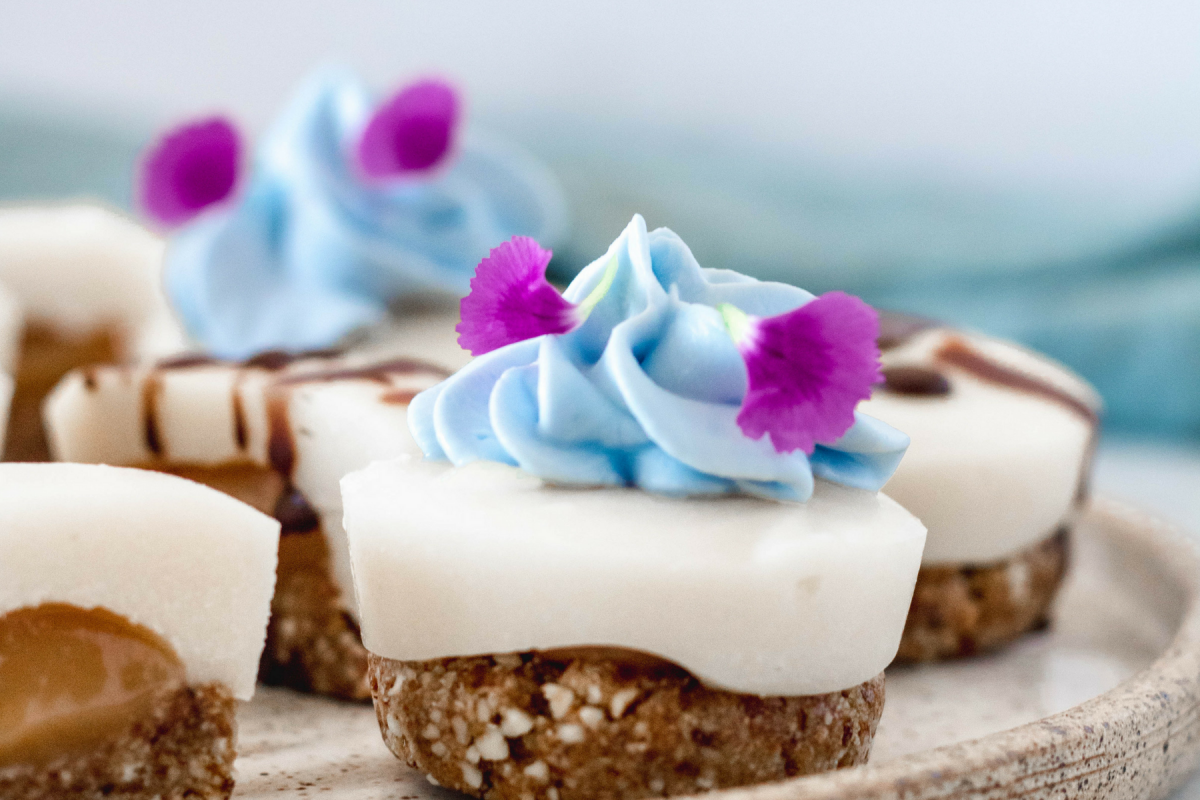 If you love butterscotch—and like to live life on the sweet side—these two bite treats are for you! Rich, smooth, and totally decadent. I *could* eat vegan butterscotch straight up with a spoon, but a little self-control will yield some pretty darn good bites for dessert!

Nature’s Charm Butterscotch — I put that sh*t on everything! Drizzle it on your ice cream, add it to your brownies, eat it by the spoonful, or stuff it in two-bite cashew cakes.

Growing up, butterscotch ice cream was my favourite. I haven’t had it in forever though. I don’t think I’ve seen a vegan version yet at the grocery store, now that I think about it. Guess I’ll just need to make my own! I’m thinking we can just sub in vegan butterscotch to this ice cream we’ve made, and make magic happen.

To make this dessert, all you really need is a food processor, a blender, and a little bit of patience.  You’ll need a food processor to make the base (mostly just dates and nuts) and a blender to make the creamy layer. We kicked it up a notch this time. Rather than just using cashews, we added Nature’s Charm Sweetened Condensed Coconut Milk to mix. Drool worthy.  As if that wasn’t enough, we also added butterscotch in between those two layers. We don’t mess around when it comes to dessert!

Vegan sweetened condensed milk isn’t exactly easy to find. In fact, until Nature’s Charm came along, I don’t think I’d ever seen one anywhere. You can find it online if your local stores don’t carry it.

Just like the butterscotch, I may have eaten a couple spoonfuls on my own. Oops! Also… it makes for some of my favourite desserts. We’re talking coconut macaroons and key lime pie. Sweetened condensed milk is at the base of both of those and I know what I’m making next time!

You probably know by now, we’re big fans of coconut! The blue swirl is a homemade coconut whip cream with blue spirulina. It’s really simple to make, see how we did it here! 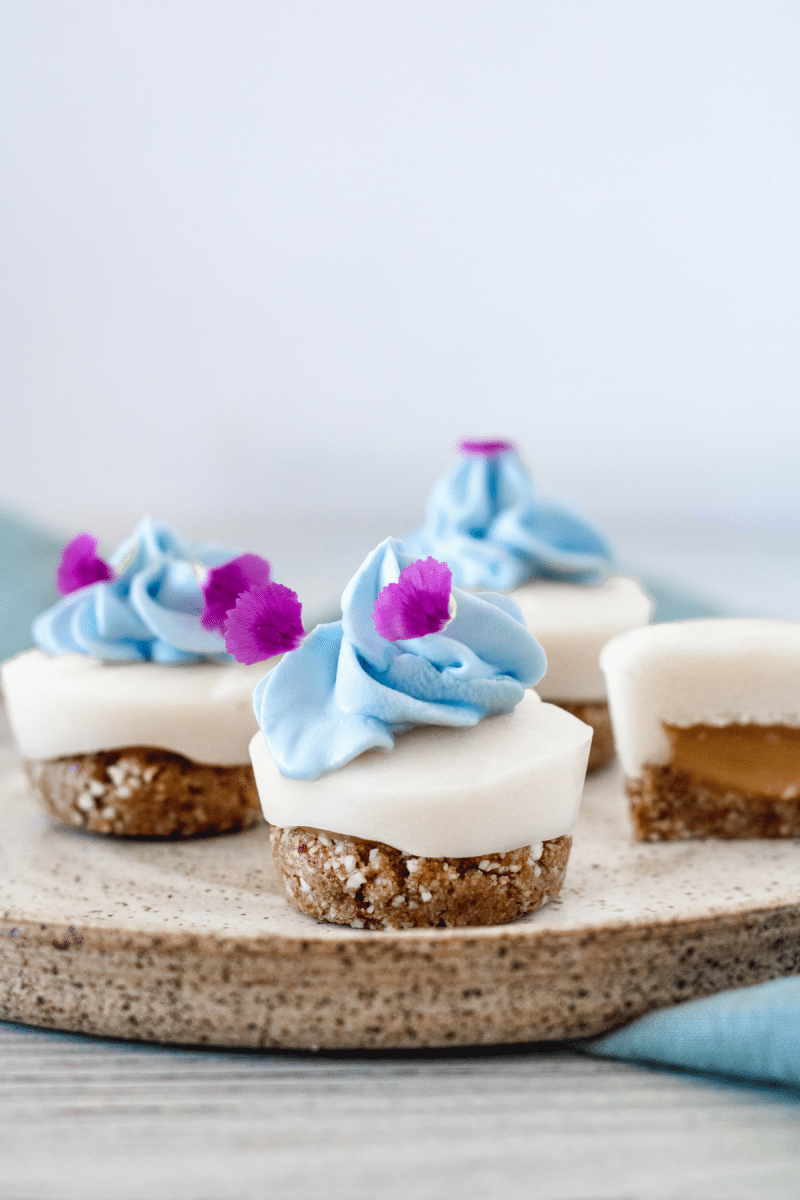 For these two bite butterscotch treats, we kept it simple, but you don’t need to! If you want to add fruit to the mix, go right on ahead–it’ll taste great too.  There’s no baking involved so don’t worry about sticking to this exact recipe if something doesn’t speak to you. Let this be more of a guide or inspo, and let your taste buds take the lead.

Not in the mood for dessert right now? 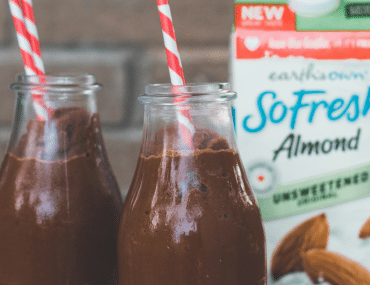