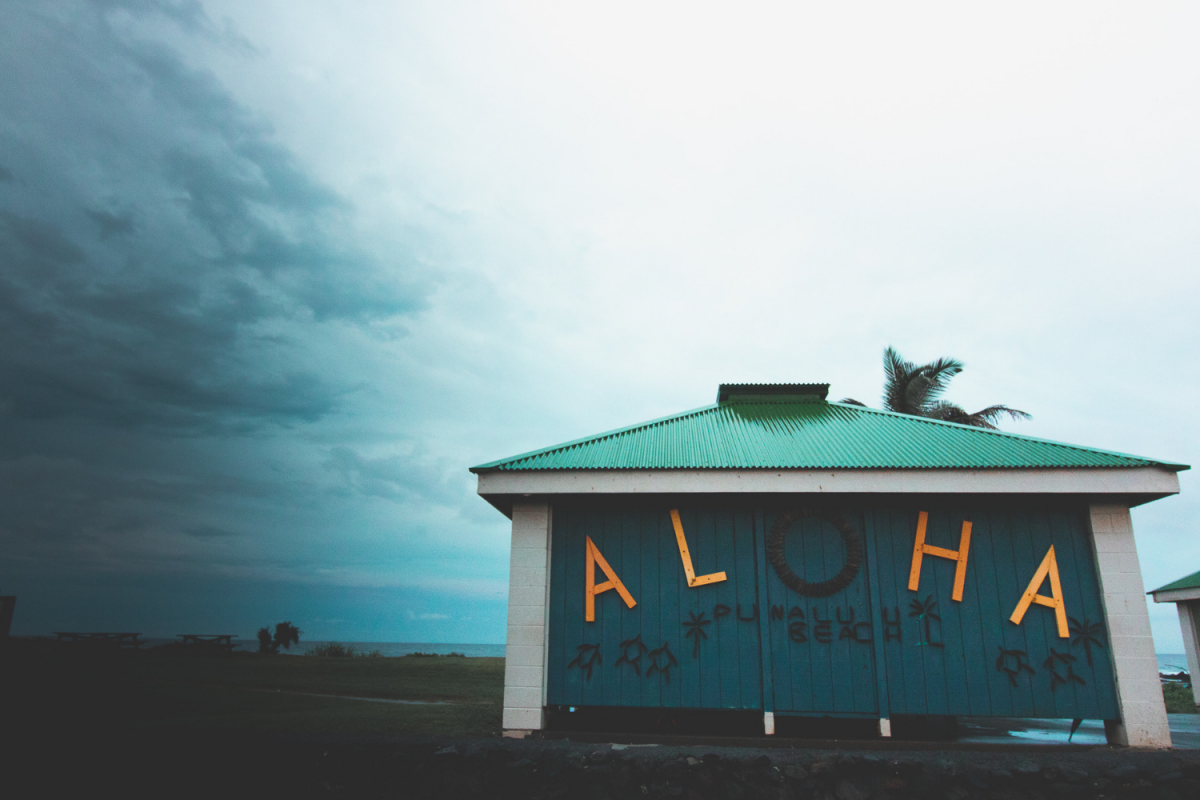 Volcanoes National Park, here we come!!! A must visit spot for anyone coming to the Big Island if you ask me. Just make sure to pack and dress for the weather. Rookie move on our end only looking at the weather forecast in Kona, instead of all across the Big Island…

Before you read on, you should check out Day 1 and Day 2. Every day is an adventure.

What We Did In A Day

Another Big Day on the Big Island

It’s going to be a jam packed day. Trust me! You’ll want to make sure you pack lots of snacks and grab a big ol’ breakfast to get you through the morning. We stopped by Herbivores in Kona. We did already eat here but we didn’t get to try to their breakfast, so here we are again. Side note, if you like the food here, you’ll want to try out Evolution Bakery too if you haven’t already. They’re owned by the same people!

Before heading out to Volcanoes National Park, we stopped at the grocery store to pick up some snacks. We weren’t sure if there’d be food along the way, so we stocked up a little bit. The coconut water here is a steal, 1$ for a giant can. I bought 5. Not excessive at all.

Google maps is your friend folks

With the food situation out of the way, we’re ready to hit the road. There’s 2 ways of getting there. Either up through saddle road or down south on Hawaii Belt Road. We already through through saddle road on our way up to Mauna Kea for the star gazing, so we chose to head south this time. Plus, it’s about 15 minutes quicker this way.

Volcanoes National Park — Don’t do what we did

When we woke up this morning and got dressed, we looked outside and got dressed accordingly. OOPS.  While the drive from Kona to Volcanoes National Park is just shy of 2 hours, the weather couldn’t be any more different.

As we were driving, we were both hoping that we were just in a bad patch, and that it would eventually clear up…it didn’t. It was pouring rain essentially the entire way once we got out of Kona. Note: pack a rain coat if you plan on visiting the Big Island. You’ll thank me later. Unless you’re into plastic ponchos…

No raincoat, wearing sandals and a dress, let’s just say I wasn’t exactly living my best life when we finally arrived at Volcanoes National Park and needed to get out of the car!

Save some time, Check in with the Rangers

The first thing you’ll want to do when you get here is go to the Volcanoes National Park visitor centre and talk to one of the rangers. They’ll be able to guide you with where you want to go based on your interests and how much time you want to spend in the park.

We were (selfishly) disappointed that there was no more flowing lava to see in the park after this summers massive eruption. A bunch of the park is still closed due to the thousands of earthquakes they experienced this summer as well. C’est la vie! For the islander’s it’s great, they have clear skies for the first time in over 30 years.

I reluctantly joined Christopher and put on a plastic poncho, and off we went down Chain of Craters Road. There are lots of stops along the way, but its 1 way in, 1 way out, so we just drove to our end destination first knowing that we would be making pit stops on the way back.

Holei Sea Arch was first on our list (mainly because the park ranger said it might be sunny there).  The drive through the park is unreal. The lava flows are everywhere. For real. Everywhere. And the views of the ocean through the winding roads really is something else. Definitely worth visiting on your trip to Volcanoes National Park.

On the way back, we stopped by a bunch of different craters, and then finally by steam holes. It was so weird. Steam would come out from the ground, and it was like you were in a sauna. A pleasant treat from the cold rain in Volcanoes National Park.

You could stay in the park for hours, especially if you want to do some hiking. Given that it was pretty much a torrential downpour, and I was wearing flip flops… hiking wasn’t really on the menu for us.

On the way back, stop at Punalu’u Beach. The odds of you seeing sea turtles right on the beach is high, and in my opinion, worth the short detour leaving Volcanoes National Park!

Looking for me? Don’t miss our recap of Day 4!