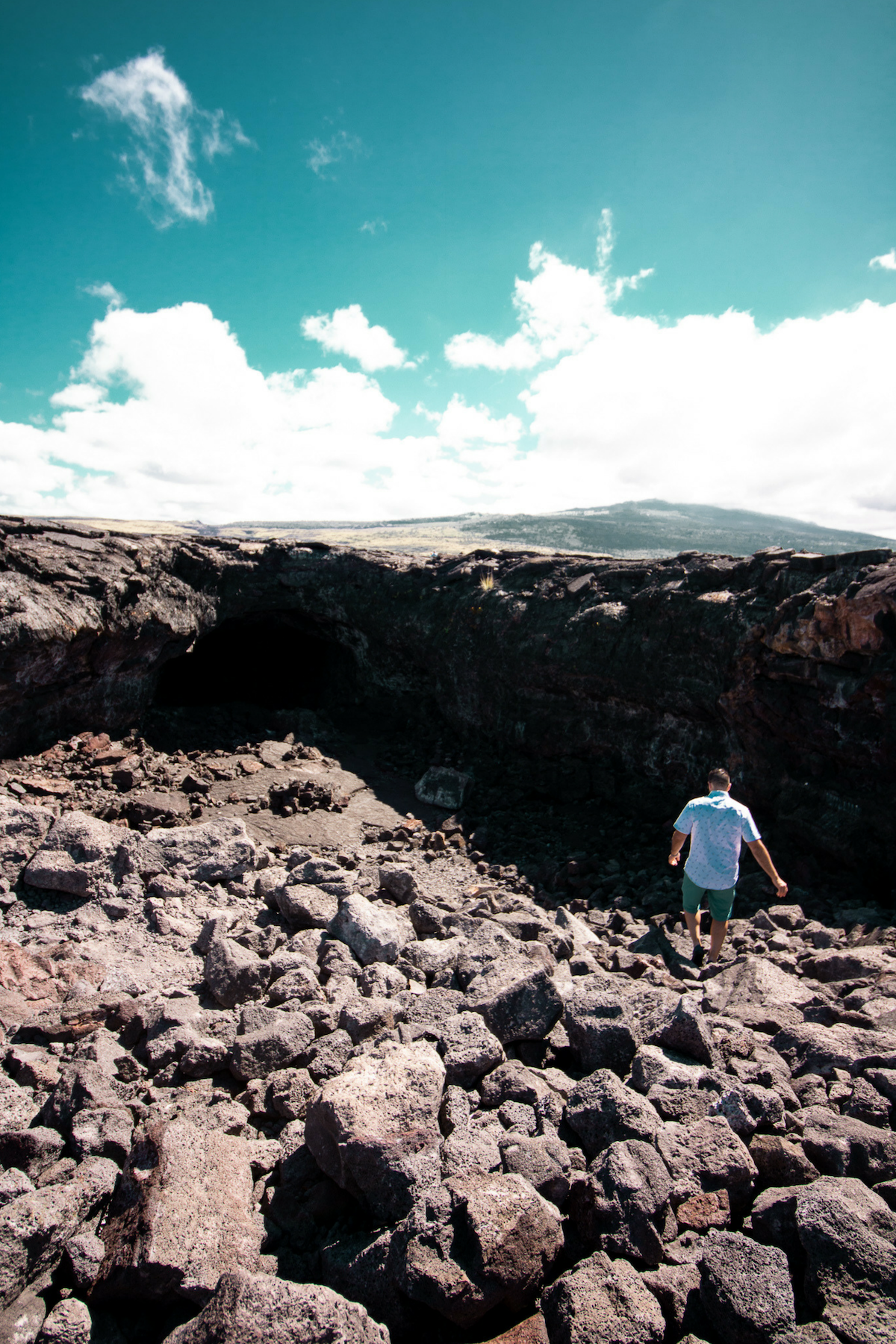 Aloha Hawaii! …the Big Island to be specific 😉

We’ve been to Hawaii before and knew we’d make our way back one day, but never visited the Big Island on our first trip. It’s such a magical place (if you’ve been, you know what I’m saying). The last time we went, we visited Maui and Oahu. Maui was a dream, mainly because off all the sea turtles we got to see. I’m obsessed with them!

There was one beach in particular that must of had over 100 of them on the beach. I could have stayed there all day, but Christopher wasn’t impressed. Hah!  I’m rambling now. Oops. This time, we went to the Big Island for the first time, and back to Oahu (because it’s the easiest island to fly back home from at this time of year for us!)

Big Surprises on the Big Island

The big island wasn’t at all what I was expecting. I hadn’t done much research before going (other than look up where to eat). Because of its name, I was expecting it to be the most bumping of the islands. Definitely not! Most of the land isn’t developed, there’s lava fields everywhere, and it has 10 of the 14 climates that exist on earth. It’s the only place on earth where you can experience so many in such a small area. How’s that for a fun fact.

What we did in a day…

Disclaimer: we jam packed our time on the island to see as much of it as we could. This was by no means a relaxing vacation! If you want a little R&R, consider extending your trip a few days.

We started off the morning…afternoon… by hitting up Herbivores. It’s tiny little restaurant in the middle of a parking lot in Kona. I got the pono burger & Christopher got the chili dog. In Hawaiian, pono means “to do things the right way”.  The Kona made grain patty was awesome. The texture was unlike any we’d ever tried before. Definitely worth trying! The chilli dog was also good, with nice smokey flavours. YUM. We didn’t get there early enough to try breakfast though… and it’s Christophers fave meal of the day, so, I knew we’d be back.

Once we got some food in our bellies, we took to the road and started exploring. We didn’t make it very far. Our first stop was literally down the street from our hotel. Turns out the Kona farmer’s market is from Wednesday-Sunday.

I love me a good market! It’s a great place to buy local macadamia nuts, fresh fruit, and if you’re feeling fancy… a 6$ coconut water (prices in Hawaii are painful when you compare them to the same food you can get in Mexico). If you see dragon fruit, make sure to pick some up. They’re extra sweet!

We chose to drive north, because…that’s where the white sand beaches are. I like to get a little teeny bit of sun every day so that I can avoid burning as much as possible. I’m not one to sit on a beach all day. I’ve done that before in the past, and found myself out of commission for days because of serious burns despite using sunscreen!

On the way, Christopher spotted a massive hole in the ground on the side of the highway. We pulled over beside the massive lava fields, and sure enough… he spotted a lava tube! These tubes get formed by flowing lava that moved under the hardened surface of a lava flow. Make a point to find one while on the island. It’s an experience for sure.

We putzed around the tube, climbing our way up and around all the lava, and then we hit the road again to catch some sun before it set. We ended up on a small beach in Waikoloa. If I had done better research before hand, I’m not sure that I would have picked that one. It was fairly crowded, and small, but the water was calm in comparison to the rest of the coast we’d driven by!

And now… we’re going to take it easy for the rest of the night, we’ve got another big day tomorrow!