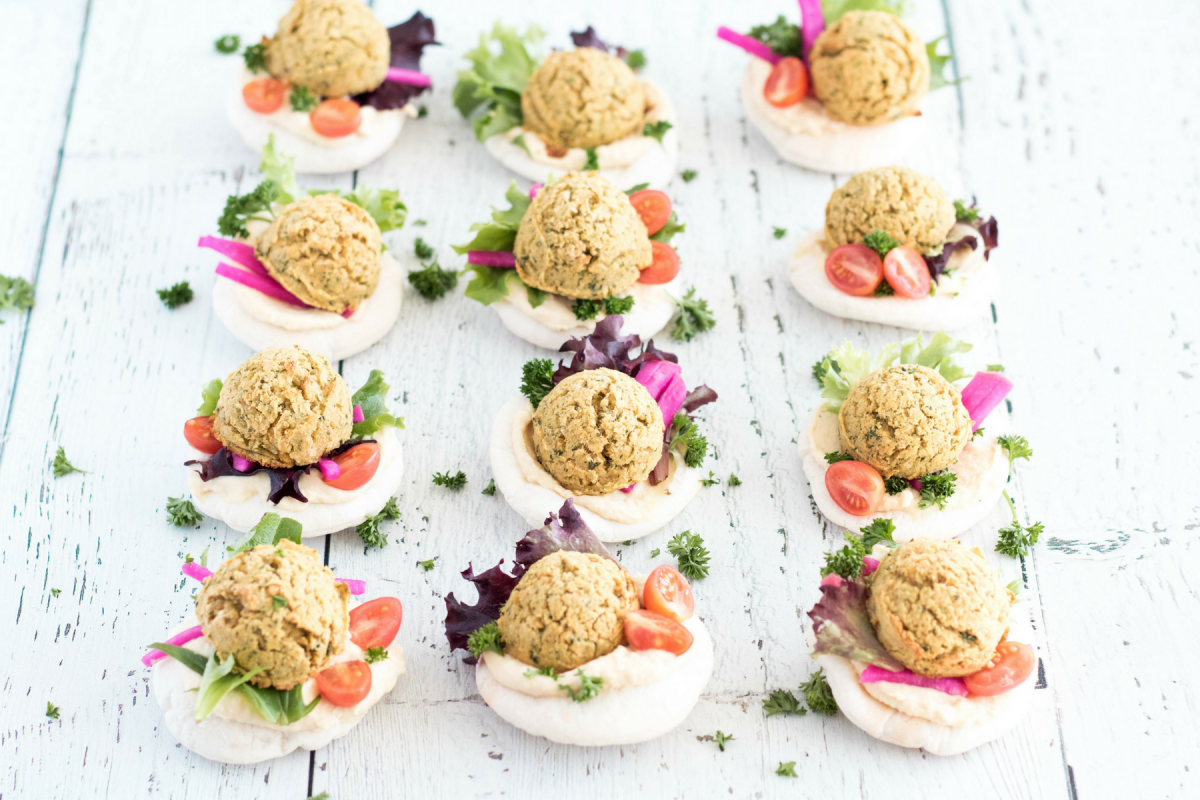 Baked Falafels — Because Deep Frying Is a Mess!

Alright. Let’s jump right in over here. Falafels. They’re awesome. If you haven’t had baked falafels yet, you’re missing out. Trust me. Unless you’re allergic to chickpeas or something. Then, you know, you do you and maybe don’t give’m a try, ok?

The first time that I had awesome falafels was at a spot in Montreal called La Panthere Verte (Green Panther). Their sandwich was (and still is) so good! When I went out to eat at another restaurant, there wasn’t much on the menu, but there were falafels. I figured it was probably safe to order. Boy was I wrong. It was fried to smithereens and had a serious crunch in every bite. Turns out I’m not a huge fan of fried falafel because they just seem to be so inconsistent. Baked falafels though, they’re pretty much always delicious.

What did I get myself into?

Fast forward to when Christopher needed aquafaba to make some sort of meringue for a dessert he was working on. That left us with leftover chickpeas. Seems a little backwards, I know, I know. I wasn’t craving copious amounts of hummus, so I opted to make baked falafels instead. Christopher has made them a few times before. They were always good. I figured, if he can make them, I certainly could too!

Food processors — they’re worth it

I busted out the food processor (we have a KitchenAid that does a great job). I pulsed the chickpeas until they were broken up, and then I just started adding spices to it. I didn’t really know what I was doing, but I was rolling with it. Salt, pepper, cumin, parsley, coriander. It smelt good, but it wasn’t really holding together. So I added a little bit of flour at a time and some baking powder. I wanted them to puff up like a cookie would. Is that weird? I don’t think so.

Honestly, to my surprise, they turned out! But I had to make them again. You know, just to make sure it wasn’t a fluke. I jotted down all the measurements this time around, and am happy to share the final recipe with you! 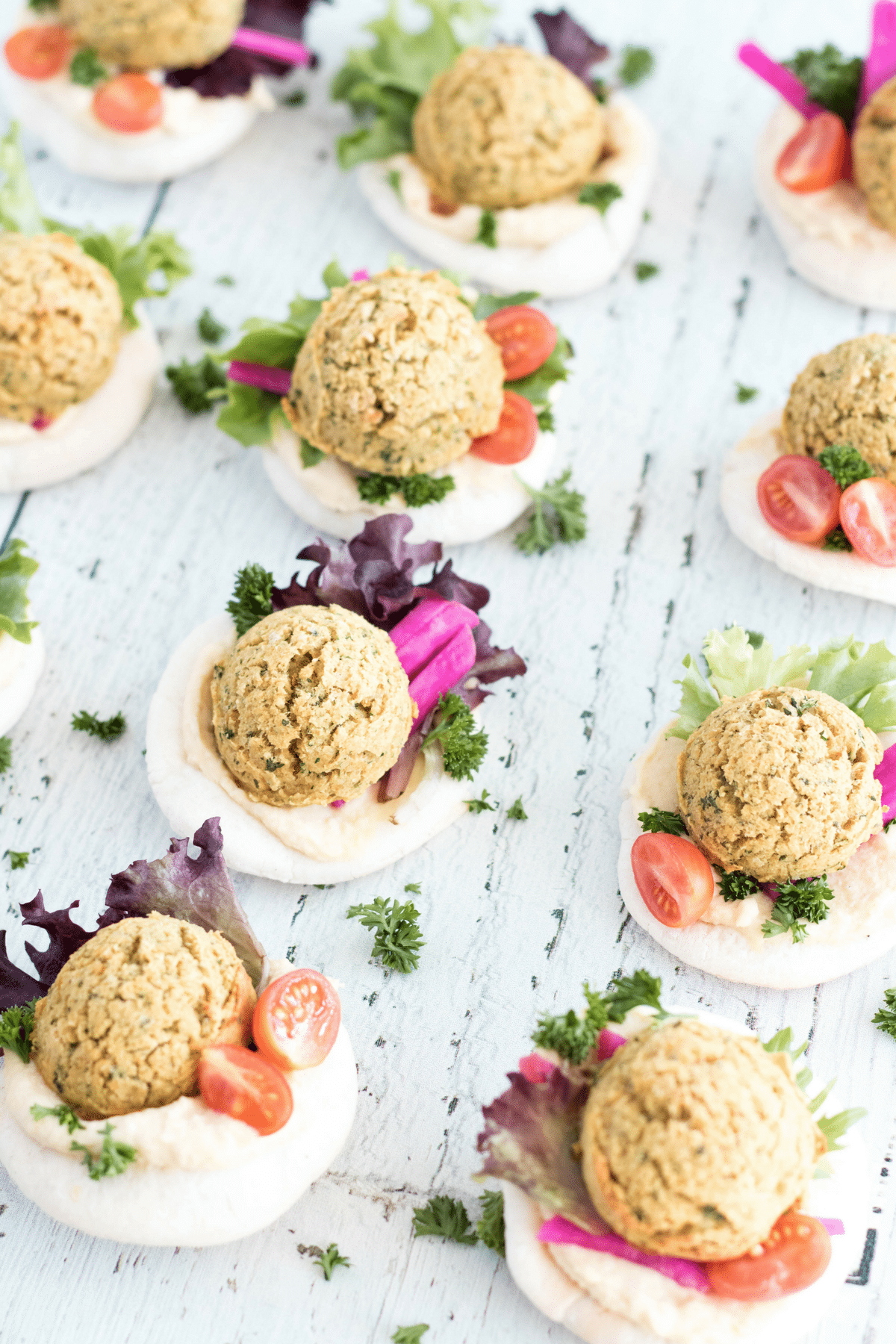 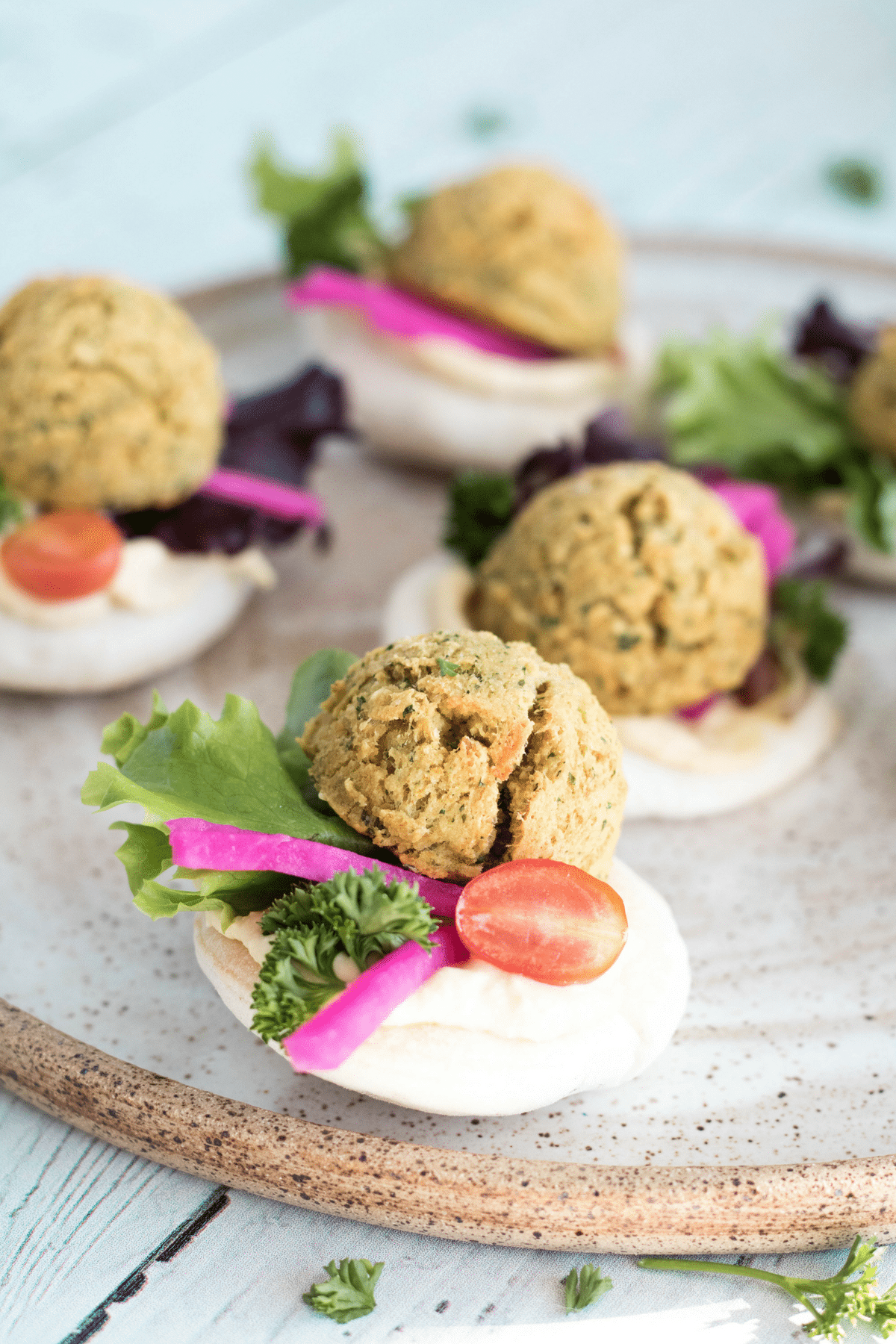