UPDATE (Nov 2018): In August 2018, news broke that Adam Zucker, CEO of PLANTLAB faces felony charges related to a previous business. Before news of the arrest was made public, he was unreachable to anyone, including his staff. The company quickly fell apart and all classes have since been canceled. To my knowledge, no refunds have been issued to students who pre-paid for their courses.

Obviously there’s no way Vic and I can recommend PLANTLAB given the current situation. I’ve opted to leave the post online, with this updated introduction, as an a effort to let others know about the latest development.

It’s an unfortunate situation. The instructors and fellow students were all wonderful and we really enjoyed our time.

For detailed coverage, read up on Entrepreneur.

If you’re a student who lost money due to the cancellations, you can join the PLANTLAB Scam Facebook group for support from other affected students.

All the best,
Chris

We first discovered PLANTLAB Culinary through our friend Johanna. We followed her Instagram posts as she completed Raw Level I in Maine. Vic and I would have loved to do a full course, but 120 hours over 4 weeks requires a lot more planning than a PLANTLAB Weekend Workshop. There are plenty of reasons to get in on the weekend workshops.They’re a great way to ‘get your feet wet’ if you’re exploring the idea of going all-in on the nearly four months of raw food courses offered by PLANTLAB Culinary.

For us, and for most people who attend the workshops, it’s really the best way to go home with an impressive set of new skills and recipes. We played tetris with our vacation dates to make sure we could do workshops in Miami, Florida and Venice, California. Despite juggling between flights, our cruise, and a wedding, we were lucky to fit two weekend workshops into our trip. Currently, PLANTLAB Culinary offers weekend workshops at the Venice, California location, with an NYC location in Soho coming soon.

First stop, Cheese in Miami. We booked an AirBnB only about 10 minutes from the Academy which was previously located in the Wynwood Arts District of Miami. The PLANTLAB Academy space in Miami was bright and well laid out. Including Vic and I, there were nine students, plus our instructor Nathi and her two assistants, Maria and Marcia. Plenty of opportunity for one-on-one attention.

Having never done a hands-on cooking class before, it was a little intimidating. Vic and I totally forgot to bring aprons, but that wasn’t really a big deal. Our instructor, Chef Nathi, made us feel welcome right away.  The instructions we received ahead of time asked that we not take photos or video during the class, but they said at the beginning of class that it wouldn’t be a problem. So if you were following us on Instagram at the time, you may seen some of the stories we shot, and you already know how much awesomeness you missed out on.

Not as easy as it looks

It’s hard not to be excited taking your first workshop. We were looking forward to it for weeks. If you’ve seen photos of the PLANTLAB style, you know why. It’s elevated, but not overly complicated. The beauty is in the simplicity, not that it’s easy.  We have this tendency to fill plates until there’s no empty space. Not the case at PLANTLAB. Steve Jobs once said:

“Simple can be harder than complex: You have to work hard to get your thinking clean to make it simple.”

Here’s a summary of the topics covered in the four-hour cheese class:

And a summary of the recipes taught:

The herb chevre was a highlight. I could have eaten a block of the cheese myself. The platter was one of the best I’ve had; as good as the one from Crossroads in LA (and they make a damn good cheese platter). The raw crackers, made in the dehydrator, were amazing and a first for us. The fermented cashew cheesecake was stellar. I’m used to making cashew cheesecake, but they are mild and sweet. The fermented cheese adds a sharpness that makes it very different from my usual recipe.

Second stop, Express in Venice. Express is a collection of recipes and techniques to prepare meals quickly and are easily adjusted to make larger quantities for groups. The PLANTLAB Academy space in Venice is upstairs, directly above Matthew Kenney’s Plant Food + Wine restaurant on Abbot Kinney boulevard, minutes from the beach. If you’re looking to relax after the workshop, the beach is a great place to spend the afternoon, so we did exactly that! This time, we were only seven students in the class, plus our instructor and her two assistants, Margo and Rosa, students all the way from New Zealand.

Truthfully, I had no idea what we were in for with the Express workshop. We left with some quick, easy recipes that don’t sacrifice flavour or beauty. I’ve already made them at home more than once!

Here’s a summary of the recipes covered in the three-hour express class:

The winner here was the cacao shell, commonly referred to as a magic shell, because it hardens on the ice cream in seconds. Unlike the cheese workshop where we left with our creations, in express we ate everything we made. It was light and refreshing. The flavours all excellent, though I didn’t care much for the cauliflower caviar, nor did it really look anything like caviar. I don’t about the taste, as I’ve never had caviar (no regrets obviously).

Let’s be real. I’m not a raw vegan, and it’s not really on my radar right now, but I came away from these workshops knowing a whole lot more about the benefits of raw food. In a nutshell, when you heat your food, you destroy nutrients and natural enzymes. Enzymes help with digestion and fight disease. I don’t need to tell you why nutrients are important. I don’t think there’s anything wrong with eating cooked food, but a healthy balance of raw in your diet is definitely going to help with digestion and nutrition. If you can commit to 100% raw, I would imagine you’d see even more benefits! That’s not me quite for me though.

What I do notice about my diet, is that the more raw food I specifically incorporate, the less processed food I eat. Which doesn’t really come as a surprise. So if you find yourself eating too much unhealthy food, make an effort to focus on eating more raw foods and you’ll naturally end up eating more whole, healthy foods.

Though the PLANTLAB weekend workshops and many of the courses focus on raw cuisine, it’s not exclusively raw. There are workshops and courses that teach the basics of cooking and baking, though the overarching theme is definitely raw vegan cuisine.

I figure, there are two reasons to register for a workshop like this. First, the new skills and confidence that you’ll take home with you to feed family, friends, and yourself. You’ll overcome the intimidation of raw food preparation and elevated plating. Second, the connections you make with classmates and instructors. There’s opportunity to build lasting relationships with people interested in the same lifestyle as you, from different parts of the world.

Big news for fellow Canadians, starting in June 2018 you’ll be able to take Raw Level I, II, and III in Toronto! Yeah, I’m thinking about it… even though I live in Montreal!

If you’re interested in learning more about PLANTLAB Culinary, visit them at www.plantlab.com, check out their IG page @plantlabculinary, or contact an Admissions Advisor at 1-888-418-5795. 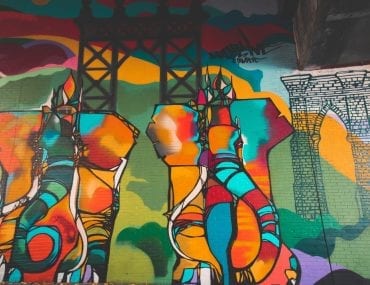 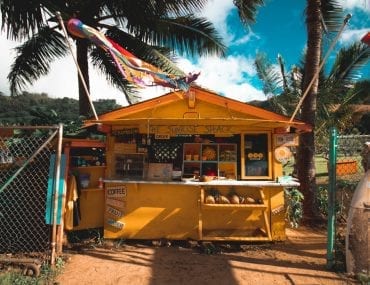 Top 5 Things to Do in Oahu, Hawaii