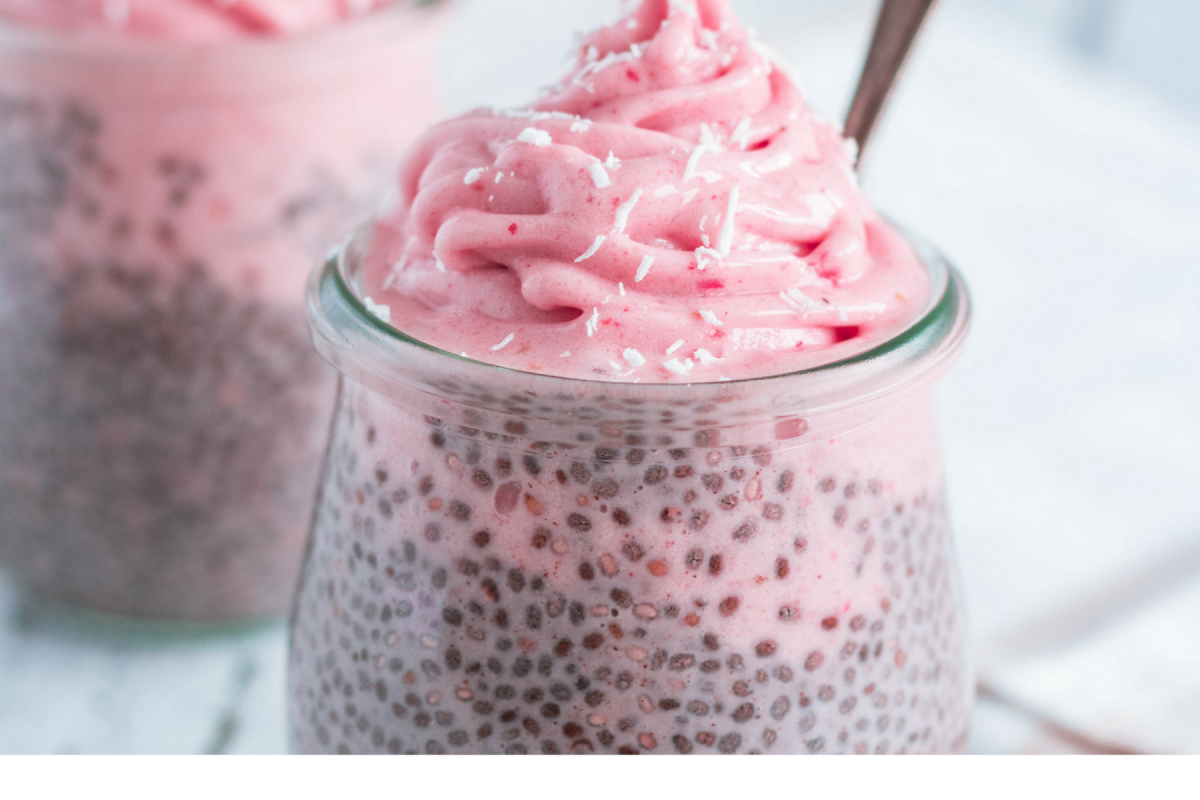 The first time I ever heard anything about chia was on tv. Chia pets, d’you remember those things? I never really got it, but i guess someone was buying them! Fast forward to just a few years ago when I actually ate it for the first time. Knowingly ate it, that is. I probably had some in muffins or something before, ya know?

Anyway. Back to what I was saying. My first experience with chia was in the form of a pudding I tried to make. I had seen it all over Pinterest, it was on the cover of the Oh She Glows Cookbook, and I mean … how difficult could it be to make?

Truth is, making chia pudding is ridiculously easy, you just need to NOT do what I did the first time I tried. Heck, I almost wrote off chia pudding altogether, it was so bad. Picture lumpy, somehow crunchy blobs of pudding. Not good. Not good at all.

Soon after, my friend Anna shared a pic of chia pudding on her Instagram. I was super curious as to how hers turned out. Apparently, much better than mine! Thankfully, she shared with me her trick, I gave it another shot, and it hasn’t failed me yet.

The trick to a good chia pudding is to give’r a good shake. Once you mix everything together, shake it all up. Once its been in the fridge for about 15 minutes, give it another shake. Seems too easy right? I swear though, that’s it!

I’ve made it thick & thin, measured things out and winged it, and as long as I gave it a good shake, it always worked out. Go ahead, give it a go!

PS: it tastes great served with berries on top or layered with a smoothie!