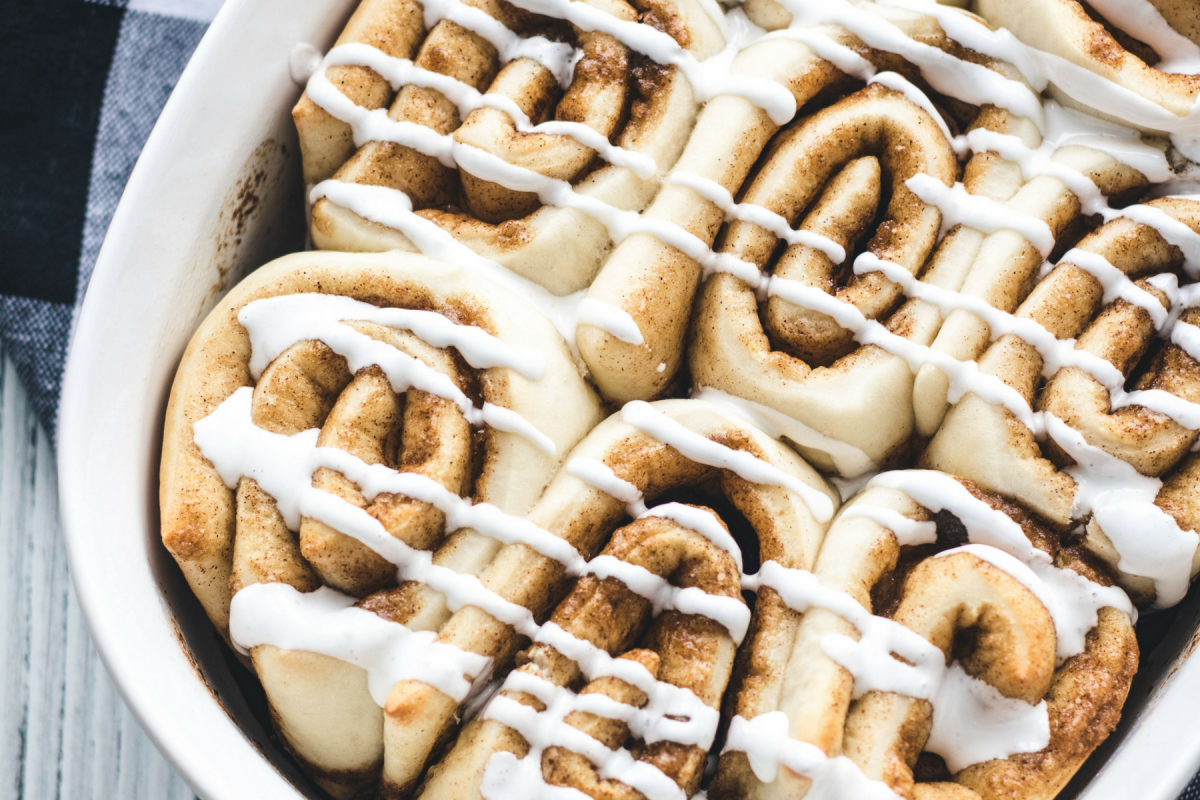 Which is it: Cinnamon Rolls or Cinnamon Buns?

I think I lean towards calling these delicious baked goods ‘cinnamon buns’ in my day-to-day vocab. But then there are times when I consciously ask myself if there’s a difference or if they’re really just two interchangeable words. Well, what does the internet think? Let’s find out. (And yes, there’s a recipe for vegan cinnamon rolls here too!)

According to Joanna O’Leary, a write for the Houston Press, there’s a clear difference:

You can discern one from the other by the presence (or absence) of frosting. A cinnamon roll must have vanilla or cream cheese icing; a sticky bun marinates in its own brown sugar glaze.

Sounds legit. So this is most definitely a vegan cinnamon ROLLS recipe, and not one for cinnamon buns (or sticky buns, actually). Could it be that saying ‘cinnamon bun’ is a Canadian thing? …or am I the only one who uses it?

Simpler than it looks

Before you get worried about vegan cinnamon rolls being too complicated, let me say that they are most definitely not. This is a really straightforward recipe. Prep the dough, let is rise. Mix the filling, spread on dough, roll, and bake. Prep the icing and drizzle.

I’ve thrown this together twice in the past week already. Neither time taking much longer than a couple of hours, and that long only to give them time to rise.

Meal Prep: They freeze well. For best results, bake the buns individually, allow to cool completely, then freeze. Defrost in the fridge or on the counter, then microwave for 10-20 seconds right before eating.

Icing: The icing can be made thicker or thinner by adjusting amounts of powdered sugar or aquafaba. Keep in mind that less than 3 tbsp will be hard to whip.