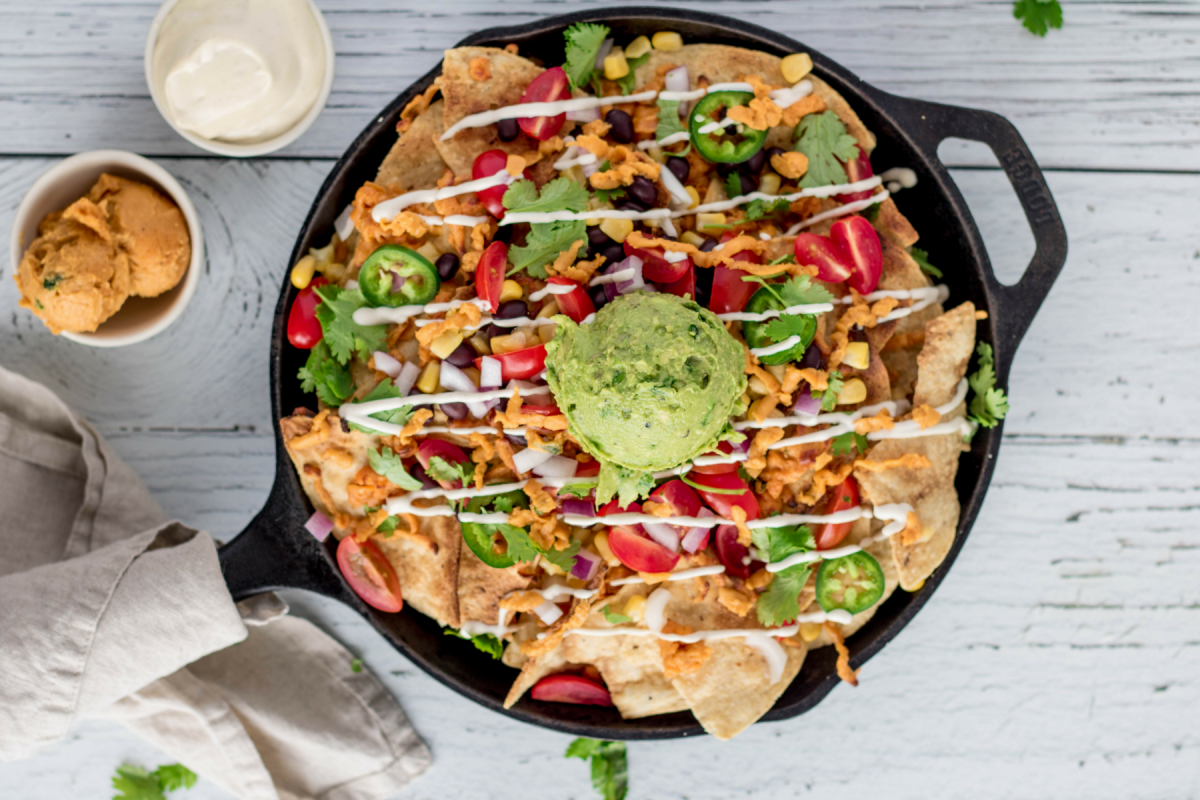 What kind of cheese isn’t yours? Nacho cheese! … I just laughed out loud. For reals. Seriously though, anyone else love awful jokes as much as I do? If you’ve got any good ones, send them my way! Jokes aside, if you want to learn how to make kickass vegan nachos with homemade cheezy sauce and sour cream, keep reading.

We’ve made vegan nachos a few times in the last couple of months and we’re never disappointed. I love how much flavour every bite packs and how creative you can be with them. A few years back, we were visiting Banff and went to a restaurant called Nourish Bistro. The nachos on their menu had something like 29 different toppings! Naturally, we had to give them a shot. Who knew strawberries could ACTUALLY work well on nachos? While the ones we’ve been making haven’t been that extravagant, know that pretty much anything goes when it comes to nachos.

Vegan nachos work well for either. Though they usually end up being dinner for us — they’re oddly filling. If you’re a group larger than 4 people, I suppose they’d be a good appy! When we made these last, we were having some friends over for a last minute dinner. We already had some vegan cheese in our fridge to use, but if you don’t have any on hand, fret not. Vegan nacho cheese sauce is super easy to make. And while you’re at it, might as well make your own sour cream too, no?

HOw to build your nacho stack

I’m no expert, but usually, I layer chips and cheese and save the fresh ingredients for the top part. I find that otherwise it gets too soggy for my liking, ya know?  Also, I like to have extra nacho sauce and sour cream handy so that I can add it to any chips that might be missing some when we get to the bottom of the dish.

Let us know what you think!

If you end up giving these vegan nachos a shot, we’d love to hear what you think! 🙂
And if you’re craving a little something sweet for dessert, these cinnamon buns are ALWAYS a crowd pleaser. 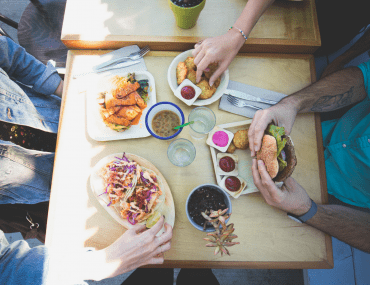